I love writing letters. I’ve been a regular letter writer for as long as I can remember. And since discovering the joys of washi tape recently (and promptly acquiring almost 200 rolls in the span of a few weeks–thanks Hanne), I’m churning out more letters than ever: I mailed seven yesterday and have four more to write today. (And I wonder why I have carpal tunnel.)

Each weekend I generally write my grandparents, a few close friends, and respond to any letters I’ve received during the week. And often, I write letters to strangers–for example, someone I’m connected with on social media but have never met in person. Social media is a great way to find new pen pals, but it can sometimes feel awkward to write to someone you don’t really know. So today I thought I’d share some of my strategies for writing letters to strangers. 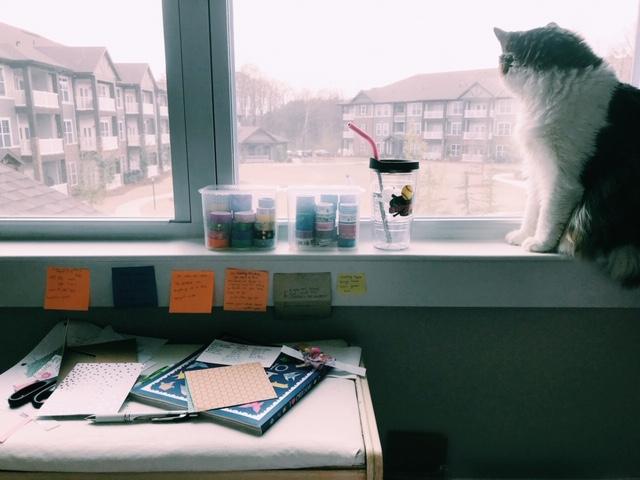 First, I like to start off with something we both have in common: “I noticed you like to read. I like to read, too.” Sometimes this requires a little social media stalking! You can also simply say, “I love following your blog because ____.”

Next I’ll often talk about what I’m doing right then. Whether it’s raining outside my window, my cat is trying to swat at my pen, or I had to start over decorating the envelope three whole times because I kept getting blood on it (true story, just ask Grace Anne), this is a nice section to add to the letter so the recipient can picture what you were doing while writing. 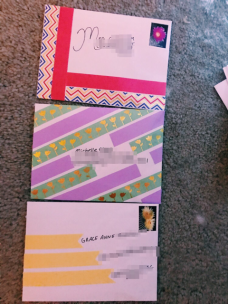 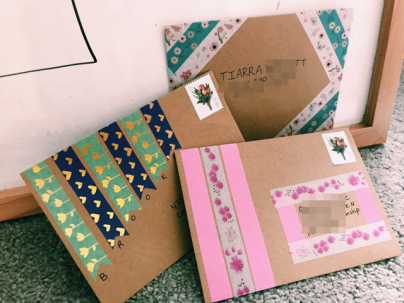 At that point I typically back up and introduce myself a little bit. I live north of Atlanta and I’m a full-time freelance writer. I enjoy reading, dancing, and snuggling with my cat (the rare times she wants to snuggle with me).

Then, I ask the recipient some questions. Questions can be a tough balance: I don’t want to ask boring or basic questions, but totally wacky would-you-rather’s aren’t going to help build a relationship either. Some of my go-to’s are:

In general, I try to make the letter sound very conversational, and I close with something lighthearted. 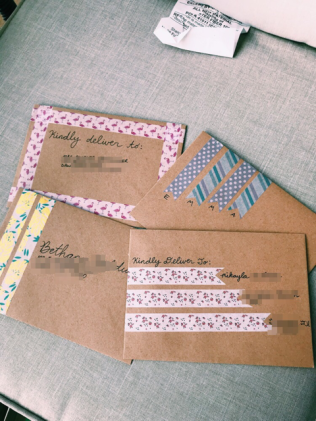 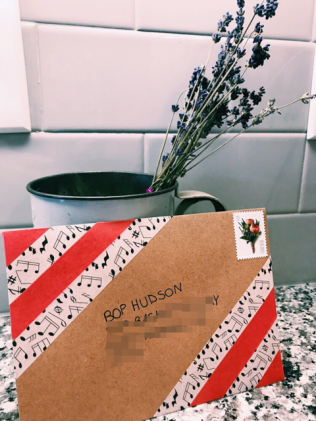 Not sure where to start writing letters? I’ve used the following services or tactics over the years to find a pen pal (or someone to write a letter to):

If you’re at home bored with extra time on your hands right now, write a letter to a friend–or a stranger! And if you want a letter from me, email me at haileyhudson@thehardworkingcreative.com or DM me on Instagram with your address and I’d love to send you one 🙂 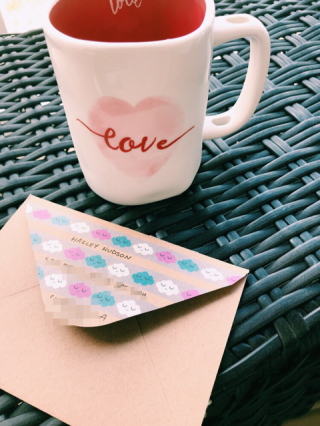 Do you write letters? What are some of your best tips for starting a pen pal relationship off on the right foot?