I was super exhausted this morning and didn’t get out of bed until almost 11. I started out the day with some food prep for the party and some work on the Diamonds social media, and then dug into the dating apps research project for the next hour and a half. Around 1:30 I ate something, cleaned the bathroom, and washed my hair. Then it was back to work for a couple more hours (on some email marketing blog posts and a blog post on decorating for Christmas with a cat) before it was time to really start prepping for the party. 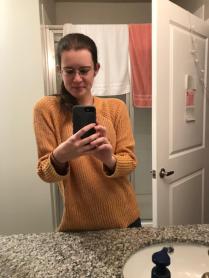 (I’m obsessed with my new yellow sweater and my Christmas mugs.)

I was very frustrated and exhausted and stressed in the afternoon, but once I got over that, the party I gave for the 7th-10th grade girls from my church was awesome. Before moving out, I had great plans to host people all the time–but then my health has been so bad the last six months. So although I’ve had plenty of people over to my apartment, I feel like this was the first time I’ve actually planned and hosted something more formal. And it was awesome!

The party went from 5:30 to 8:00 and six girls came; one adult stayed, and later, a couple of parents came and joined in the last few games. I served Hawaiian ham and cheese sliders (with a mustard/Worcestershire sauce/minced onion marinade to go on top–the sandwiches are baked in the oven); chips; grapes; chocolate-covered pretzels; Keebler cookies; sugar cookies; and someone brought soda. We visited, played with the cat (the girls all love her, and for the most part she loves them but also gets overwhelmed when they’re all here haha), ate dinner, had a gift exchange game with gifts I’d gotten, and ended the night with several loud and crazy rounds of Mafia. It was so much fun and I was able to really connect with some of the girls who don’t know me as well. 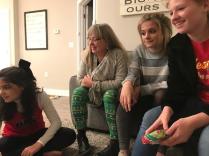 After the party I put on Maisie Peters, cleaned up, and reflected. Looking at these pictures makes me really happy. This is what I’d always envisioned my apartment to be before getting it–a safe, welcoming, and cozy place for people to gather and connect–and I hope I’ll have the energy to focus on hospitality even more in the near future! But right now, the kitty (who’s mildly traumatized lol) and I are heading to bed. She’s completely conked out on the couch next to me and I’m not far behind… she always sleeps very well after the girls come over! 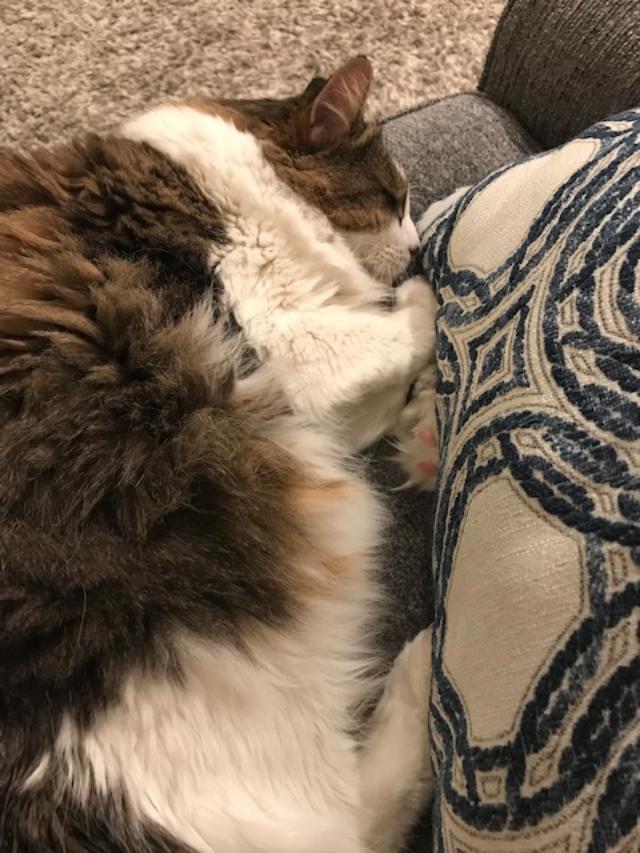